I'm a fan of Grant Wahl. He's been covering soccer for 20 years. He's thoughtful, a talented writer and a good story teller. Most importantly he is an excellent interviewer - his questions are succinct.

This summer, I was happy to hear about his podcast, SI Planet Fútbol Podcast. It's is an in-depth interview format that lasts about an hour. It's worth a listen because he can get interviews with interesting soccer people from all over the world. 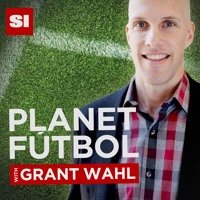 In this week's episode, he and Brian Strass preview the MLS season. In the opening segment, Brian asks Grant about the MLS Ambition Rankings.

I hadn't heard about the Sports Illustrated MLS Ambition Rankings. I had to pull over in my car and google it.

Sure enough, the Rapids were #1! I couldn't believe my eyes. Respected journalist and author Grant Wahl thinks that the Colorado Rapids have the most ambition of all the MLS clubs.

Can you believe it?

Nah. Me neither because he ranked us #15 with this quote:

Look, Colorado deserves a bump upward for its increased spending on DPs, from Tim Howard ($2.6 million a year) to Shkelzen Gashi ($1.7 million). That’s something we hadn’t seen before 2016 from this club, and they helped push the Rapids to a performance beyond anyone’s expectations last season. Attendance was up too at Dick’s Sporting Goods Park, a decent 10-year-old facility that’s located in a part of the city best known for truck stops.

I can't say I was surprised. He's a disinterested observer of our club and this is his perception. So, as I drove home I realized that he's right. Our club showed some ambition with signing a couple of higher priced DPs (and one guy who we'll probably never see again that we wasted a DP spot on because he only cost $200K against the salary cap).

As I sat down to write this, I read in his article that all but one club provided answers.

Guess which club of all MLS clubs didn't answer Grant Wahl's questionnaire that he used to rank ambition?

Wow. Our club was the ONLY one that lacked the ambition to fill out a 2 page questionnaire about their ambition.

I think it's unfortunate that someone couldn't be bothered to provide what Wahl called "a treasure trove of granular information that MLS hardcores should love."

This alone drops my ambition ranking below #15 for my favorite North American club.

Finally, in the interview, Strass gave some grief to Wahl for picking Minnesota as #22. In the midst of backpedaling a bit, he said:

If we're being honest here, the teams from 15 to 22, there's not a lot of difference between those teams.

So what say you, Rapids nation?

Is a rank of #15 in Sports Illustrated 2017 Ambition Rankings legit?

Why wouldn't the Rapids FO want to use this as a forum to tell {our} their story of a gritty underdog club that lives in flyover country?