Slept through the off-season? Tried to make yourself forget what happened the past few months and are now just catching up to the fact that the 2014 season is days away? Not a Rapids fan and just want to know way too much about what's going on in Colorado? Here's part three of our four-part season preview, covering some of the less talked about storylines of the season.

Every team has questions going into every season; there are never perfect specimens in the world of sport. Colorado, by virtue of their trainwrecky off-season, have more questions than a lot of other teams do going into the 2014 season. We know all about the big, big stories. Oscar Pareja left, Pablo Mastroeni took his place. Hendry Thomas left, Jose Mari took his place. A lot of player transactions were made, but none of them seem to be world-beaters. Those are the big storylines, and the ones that you've heard beaten into the ground by this point.

This is soccer, though. Little details matter. What are the storylines for the Rapids that we aren't talking as much about? 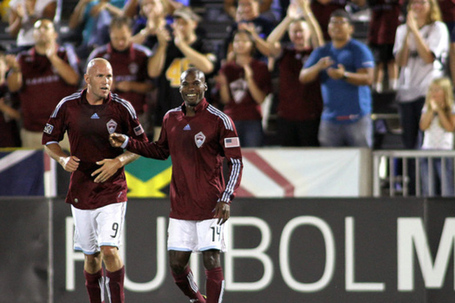 See those guys up there? Those two formed the best striker pairing in Colorado Rapids history, and provided the best offensive show that the Rapids ever saw when they combined for 27 goals and nine assists in 2010. It was rarely the prettiest soccer sight and that team didn't really create boatloads of chances, but Casey's abilities as a target man combined with Cummings' speed and wily runs made for a spectacular duo who could create something out of nothing game-in and game-out.

That's all well and good, but there's absolutely no reason that the offense on this team shouldn't be able to one-up them in a spectacular fashion. Both the 2010 Rapids and the 2013 Rapids had 141 shots on goal. However, the 2013 Rapids got those 141 shots on goal from 460 total shots, and the 2010 team had only 354! They played two more games last year than in 2010, but I don't think they were getting 50 shots per game.

See, that was the problem with the 2013 Rapids. They were creating tons of chances all over the field, but the finishing was more than lacking. Shot conversion should improve for this Rapids team, especially with Atiba 'long shots' Harris off the team and Deshorn Brown now a year older and wiser. If they can get finishing even 10% better than it was last year, the duo of Casey and Cummings will be left in the dust by the new duet on the block, Brown and Torres. (Along with Buddle, and Sanchez, and Serna, and Eloundou, and do you see where I'm going with this?) 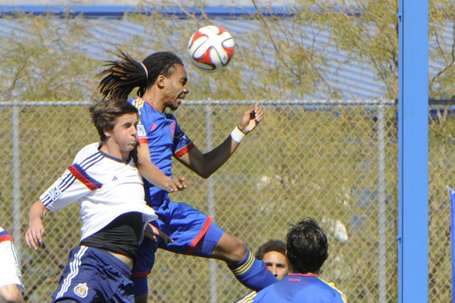 The Rapids entered 2013 with a ton of players under the age of 24, most of whom had never played any meaningful minutes in a top-flight league. It worked out for them. Clint Irwin, Deshorn Brown, Dillon Powers, Chris Klute and Shane O'Neill all exceeded expectations, which isn't a thing that happens often in sports. Was it Oscar Pareja's magic, or was it just great scouting by the Rapids to find the most pro-ready youngsters they could?

We're going to find out in 2014. Once again, the Rapids enter the year with eight youngsters that have no meaningful top-flight experience. Marlon Hairston, Grant van de Casteele, Jared Watts and John Berner all came from an MLS Draft class that has been touted as one of the worst in a while. Charles Eloundou is rated highly, but in preseason just looked like a Cameroonian Kevin Harbottle. 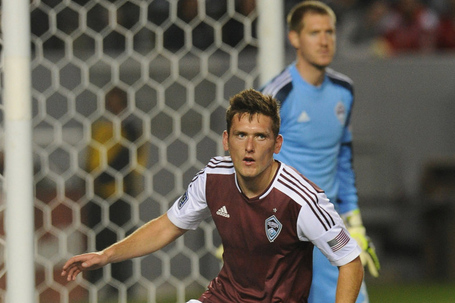 There are quite a few reasons why Shane O'Neill should remain a center back. The US Men's National Team seems to want him there, since that's where all of his call-ups have been. He's incredibly fun to watch, since you rarely see a CB trotting 50 yards up the field with the ball as Shane is wont to do. He's got a good rapport with Chris Klute and Drew Moor, and he was part of statistically one of the best Rapids defenses in team history last season.

Unfortunately, he might have to start diversifying. Early in the off-season, we were told that Shane would be getting sent back to his old position in the defensive midfield, and last year he had a few decent run-outs at right back, Seattle playoff match notwithstanding. Marvell Wynne was the right back for most of last year, but Pablo Mastroeni has made it clear that he'll be moving to center back once again in 2014. Unless Nathan Sturgis is the answer at RB, it seems pretty likely that Shane is going to get a run-out there. He's too talented to keep on the bench, and unless this means that Marvell is going to be bench-warming again (he's getting paid a bit too much for that) we might have to get used to the Shane O'Neill Right Back Experience, which is coincidentally also the name of my new band.

And speaking of right back... 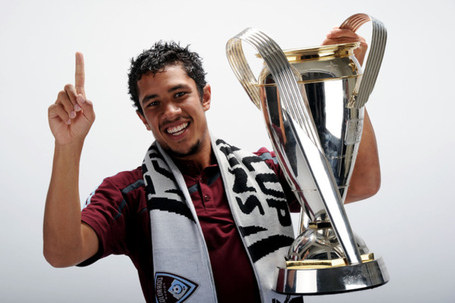 Remember Davy? He was kind of a big deal back in 2010 when other teams were starting to reap the benefits of their newly formed academies and the Rapids had a bare cupboard. The team made quite a to-do about his signing, and he was touted as a future midfield prospect for Gary Smith's Rapids. Gary Smith's Rapids didn't last more than another season though, and he's been playing right back ever since.

Is there going to be a better opportunity than 2014 for Davy to finally break his way through to the first team? We honestly have no idea how good he is, because he's spent his entire career injured or away from the first team so it's been hard to watch his progress. If a converted defensive midfielder, a converted defensive midfielder turned center back, and the dried up husk of Brian Mullan are his biggest competition at the right back spot, surely there won't be any easier time for him to finally grab the Rapids by the horns and earn some first team football. I fear this may be Davy's last season with the Rapids just as I predicted that Andre Akpan's time would be coming to a close last year because at some point, you have to show that you've got the ability to earn a higher spot on the depth chart.

See the rest of the Burgundy Wave Rapids Season Preview: