Anschutz Entertainment Group Up For Sale

Share All sharing options for: Anschutz Entertainment Group Up For Sale

I haven't seen MLS pick this one up yet or the guys over at LAG Confidential or Dynamo Theory (though they may be cranking on it and Dynamo Theory has been posting some pretty sweet statistical breakdown stuff which is like music to me) , but I wanted to make sure we got this out there, it looks like AEG, one of the founding investors in Major League Soccer and currently owner of the LA Galaxy and the Houston Dynamo (yes, the two teams that went to the Cup Final last year were "owned" by the exact same guy) has been put up for sale.

There's a lot of different possibilities here, and it is kind of pointless at this point to go into too much detail on the implications of the sale (I've heard varying accounts from "meh" to "OH MY GOD THIS IS THE END OF MLS") but as of right now things are much closer to "meh". Nothing has happened yet except the news that old Phil is looking to sell.

Here's a list of all the stuff Phil owns. It's ridiculous.

Join me after the jump for ridiculous speculation and a picture of Carlo Ancelotti.

There has been speculation by bloggers and twitterers alike that Old Stan Kroenke might swoop in to get a piece of the Anschutz pie (and why wouldn't he, he's done it before). But he might not be interested, after all, he just had a swoop for Arsenal and the Rams. Don't know how likely that scenario is.

The Rapids organization declined to comment on it. This doesn't surprise us because it doesn't concern them at this point. League officials like Don Garber still haven't commented on it, which may be because so much has still yet to be sorted through, but this looks like pretty big news, one that could mean new ownership for both of the bigger clubs in the Eastern and Western Conference.

Rest assured, we'll be looking at this one with one eyebrow raised. I give this developing story a rating of one Carlo Ancelotti 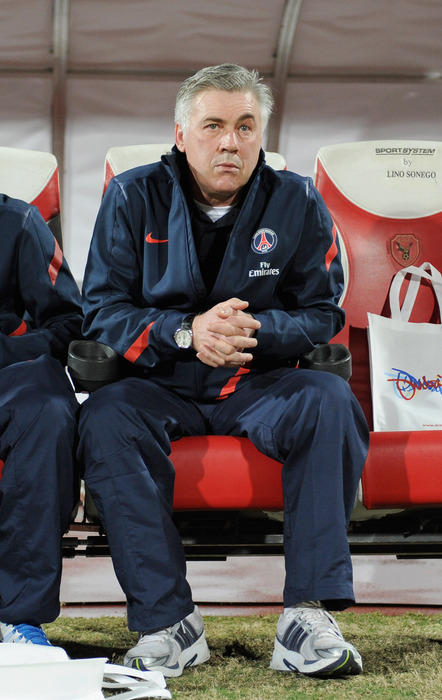