So a little over a week ago, I posited the idea that the Colorado Rapids deserved their very own Ben & Jerry's ice cream flavors. Well, I'm back with set two of that Photoshop adventure.

Tyrone Marshall's been looking a little slow on the field lately. Perhaps what he really needs is a nice ice cream pick me up, packed with loads of sugar in marshmallow form, perhaps? Some delicious Marshallmallow Swirl would be just the thing that Marshall needs!

Here's the full version of the ice cream label: 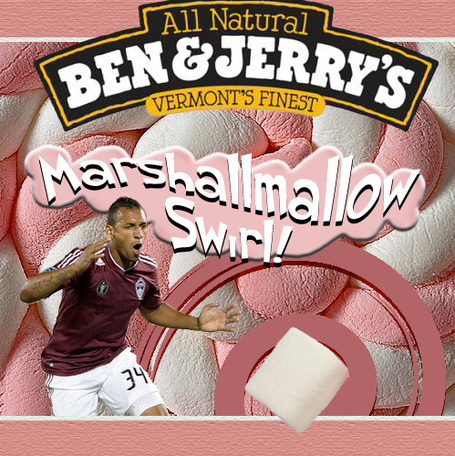 While I'm not sure that such a thing as pancake ice cream exists, I would be the first to try it if it did. Especially if it's featuring the Rapids' very own Andre Akpan on the label. On an artistic note, I have to say that I'm particularly proud of how Akpan appears to be cradling that massive vat of syrup. 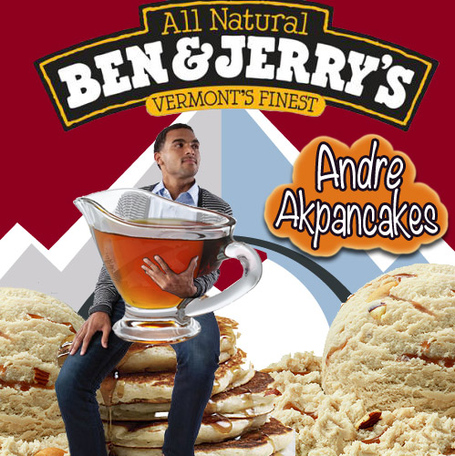 And who hasn't had a craving for a delicious banana split when watching Joseph Nane hold down the midfield? 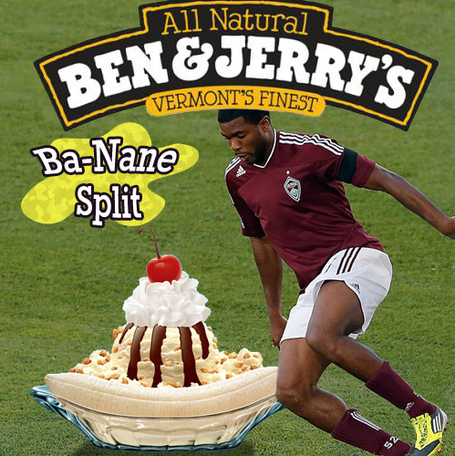 So the following flavor originally didn't make the cut. I decided Drew Moor needed macadamia nuts instead, and Tyrone Marshall was meant for all of that delicious marshmallow goodness. I'm throwing it in here as a bonus "Limited Edition" flavor, mostly because I really like how well Drew Moor's fabulous facial expression works with the rest of the image. 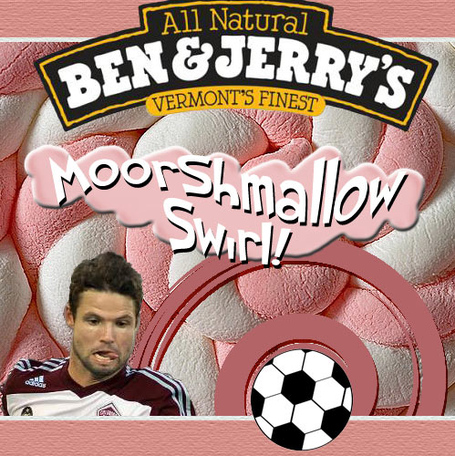 And, that's it! Hope you enjoyed the delicious madness that is the Rapids ice cream flavors.