So no matter how many losses the Colorado Rapids may have taken on (and possibly continue to take on) this season, I'm still a big fan. I think that our Rapids work hard and deserve recognition for what they do. Recognition such as, well, having their own Ben & Jerry's ice cream flavor.

In the not too distant past, I found myself watching the "Deep Thoughts" videos on YouTube, which involve various Rapids players being interviewed on a range of questions. This, and some flashbacks to Teen Beat magazine, made me start contemplating a hard question - what exactly is Tony Cascio's favorite ice cream flavor anyhow? Well, obviously it would be Cascio Pistachio!

Here's the full-sized ice cream label for your viewing pleasure: 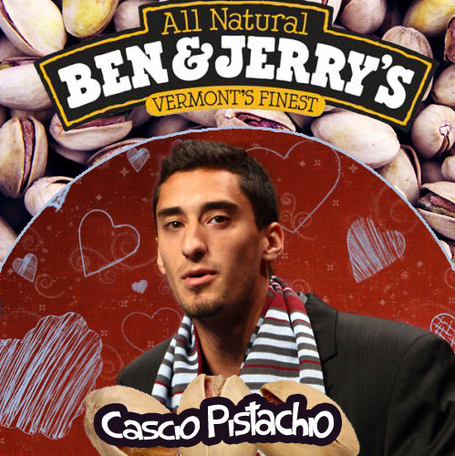 Hmm, wonder what Drew Moor seeks out when he's feeling some dessert? Perhaps something involving macadamia nuts? Or, should we say, Moorcadamia nuts? 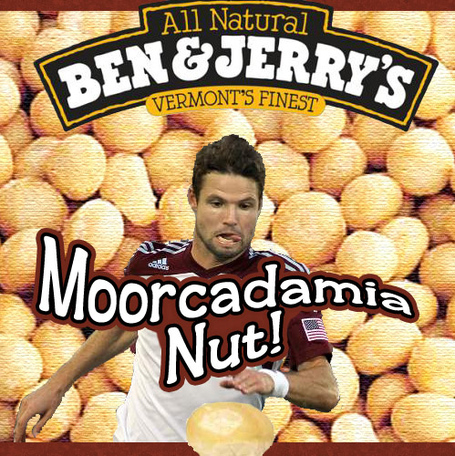 As the backup keeper, we may not get to see all that much of Steward Ceus, but that doesn't mean he's any less deserving of having his own ice cream flavor - especially considering how awesome he is when we actually do get to see him on the field. So how about some Ceus Mousse? 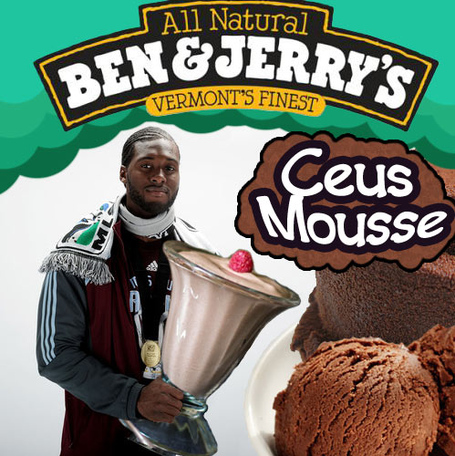 And finally, anyone who has any idea of what the folks at Burgundy Wave think of Scott Palguta might be surprised to see him as an ice cream flavor. However, maybe a nice big bowl of Scott Palgutart ice cream is exactly what Palguta needs to give him Rapids Soccer Power! 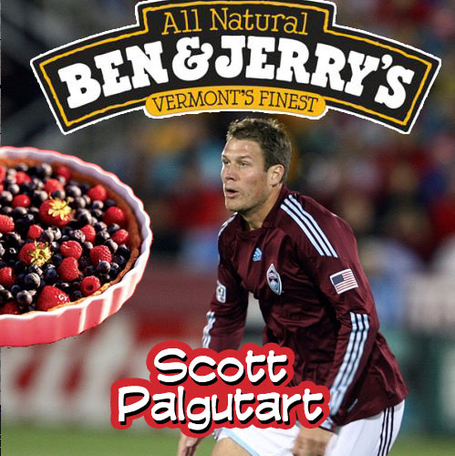 Check back next Sunday for part two of the ice cream flavor series, featuring all of your favorite Rapids players in delicious dessert form!