The Colorado Rapids got smashed once again by the San Jose Earthquakes, ironically getting their only goal in 'goonie time'.

Here's the good news out of that game, the Rapids scored on the Earthquakes in 'goonie time'! The bad news, of course, is that the goal came after the Earthquakes had already scored four goals of their own.

What's that I've said about 'we're taking what we can get this year' again?

Seriously though, that game was just a bad one. Players, specifically Martin Rivero, looked like they didn't know how to handle the bitterly cold weather. Defending was torrid, especially from Marvell Wynne inside the penalty area. Colorado did have chances, but biffed most of them. Chris Wondolowski was mostly unmarked on his way to a hat trick.

It probably should have ended 4-0, but a late Andre Akpan penalty kick came out of just about the only mistake that the Quakes defense made, a bad tackle from Jason Hernandez in the box from behind -- it was a mistake because knowing how that game had gone, it's pretty likely Andre would have missed the shot anyway.

Actually, you know what? Screw the recap, I'm just going to post a picture representing what the Rapids looked like during that game: 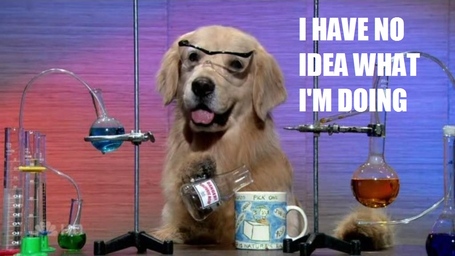 Earthquakes vs. Rapids - Colorado Freezes Up In 4-1 Loss