Wherein we compare the Rapids to classic Literature

Share All sharing options for: Wherein we compare the Rapids to classic Literature

Specifically, the old classic "The Strange Case of Dr. Jekyll and Mr. Hyde" by Robert Louis Stevenson. OK, so maybe most people of my generation know that book better for its appearance on Wishbone when we were kids than having actually read the book, but I think we all have the general idea of what our particular piece of novella history is about. Knowing that, I doubt anyone would deny that our favorite Coloradan association football team features the same split personality that the pro/antagonist Dr. Jekyll shows in the book depending where the pitch they're playing on happens to be. 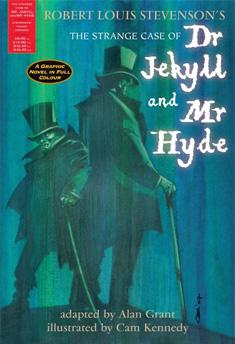 Colorado is 9-7-7 so far, but it hasn't been an all around season middling around mediocrity all over the place. The Rapids are a distinctly different team away from Dick's Sporting Goods Park than they are while they play at altitude. Even without hearing anything else about it, their 3-6-3 record on the road following their game against the Red Bulls should tell you all you need to know about how the Rapids have performed on the road. Hell, just take a look at the last six games they've played as a bit of a case study for the season - first the ones at home.

* Colorado 1 San Jose 0 - Colorado played fantastic defense, got tons of shots on goal and won, albeit on a mistake by the opposing goaltender rather than actual good offensive finishing. Note that Conor Casey did not play this game.

* Colorado 3 Houston 0 - Colorado struck first and drew a quick foul for a red card, getting rapid fire goals and playing stout defense for the win and clean sheet. Note that Matt Pickens did not play this game.

* Colorado 3 Chivas 0 - Colorado struggled a bit out of the gate but held their defense well until the offense sparked and scored three goals in the second half. Note that Marvell Wynne did not play this game.

Notice that even with one of the most key players missing from the team in each of these games, the defense and goalkeeping always seem to turn it up at home. Three clean sheets there, it's hard to argue with defensive results like that. The offense also seems to get going superbly at home, always outshooting their opponents at the very least, and finding ways to win even when their finishing is below part. In fact, all season they've only dropped a single game at The Dick, a 1-0 decision to the first place Galaxy where they still played fairly well on defense, but couldn't finish on offense which honestly has been a theme all season with these Rapids no matter where they've been playing. Now for the last three road appearances.

* Philly 1 Colorado 1 - The offense struggled mightily and the finishing was awful, as the Rapids needed defensive midfielder Jeff Larentowicz to come through for a goal. The defense was all right, but still allowed a very soft goal against a literally one man Union offense.

* Columbus 3 Colorado 1 - Only a miracle of a goal from another defensive midfielder - Pablo Mastroeni - kept this game from being a complete blowout as the defense didn't look like they had a clue while allowing a goal almost immediately into the game as Matt Pickens drew a penalty on himself.

* New York 3 Colorado 1 - The team struggled early again as everyone except Anthony Wallace looked completely lost on the defense and allowed another early goal. Omar Cummings scored a miracle of a goal in the second half but the offense died shortly after as the Rapids got routed.

For some strange reason the defense seems to look lost at least a couple of times every single time they play away from home, occasionally for entire games like in New York and earlier in the season in their final knockout game for the US Open Cup. The offense always seems to die as well, especially the star strikers that the Rapids need to perform in every single game. Well over 75% of the goals the Rapids score come from Omar Cummings and Conor Casey and their inability to put anything in the net away from home is killing the Rapids, especially recently.

Is there a logical explanation for the team going rotten when they're on the road? I honestly can't think of one. Perhaps the energy of being at home pumps them up more than opposing fans breathing down their necks. It's possible that they simply always have trouble adjusting to new environments. Maybe the altitude really is giving them an advantage since they train there and really aren't as talented a team as they look sometimes.

One thing I hope doesn't parallel the book; in the end the good doctor turns into Mr. Hyde permanently. In football I think there's more of a chance for a happy ending for our boys in Burgundy.