With the Rapids seemingly closing in on a deal to get themselves a sponsor on the front of their jersey, we can go from complaining that there isn't one to speculating what company it will be. I've always been a fan of the blank fronts on the jerseys but I understand that for monetary purposes and just because most people like having something interesting to look at on the front of their kits that a sponsor is an inevitability.

There are three companies that I think would make sense for the Rapids to have, and who I've heard the rumor of from various sources. I've photoshop mocked a really bad possible future kit for all three companies.

This being Colorado, naturally two of them are beer companies.

New Belgium Brewery: They produce better beer than Coors and have a better logo. The round logo might not be perfect for a football kit but DC United pulled it off well with their VW logo on the chest so its possible. I replaced all the yellow with white in their logo and it shouldn't look all that bad once done by a professional. I would buy this kit. 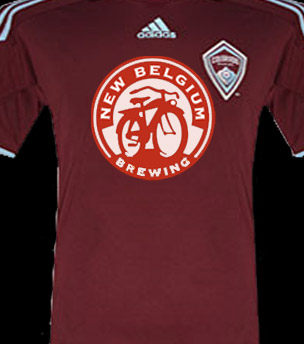 Frontier Airlines: Unfortunately, their 'logo' is really boring looking. I guess that's why they had to use all the animal mascots, to distract us from the boring logo. As much as I love the airline, I don't really like this. Then again, boring is probably better than some things. I'd consider buying this jersey. 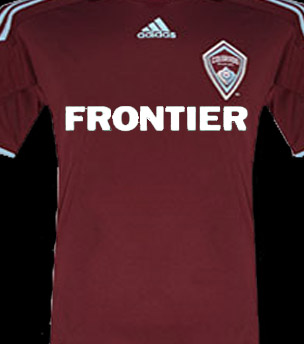 Coors: Ugh. I hate Coors. Using the old school logo in white rather than any of their usual shades of yellow actually turned out a pretty nice looking jersey. This would be an acceptable looking kit but I'd never buy it just because screw Coors. 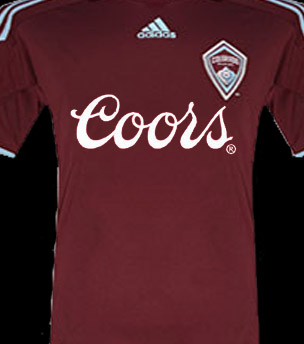 What do you think? Any other companies you'd like to see or have really mad jersey mock ups made of?